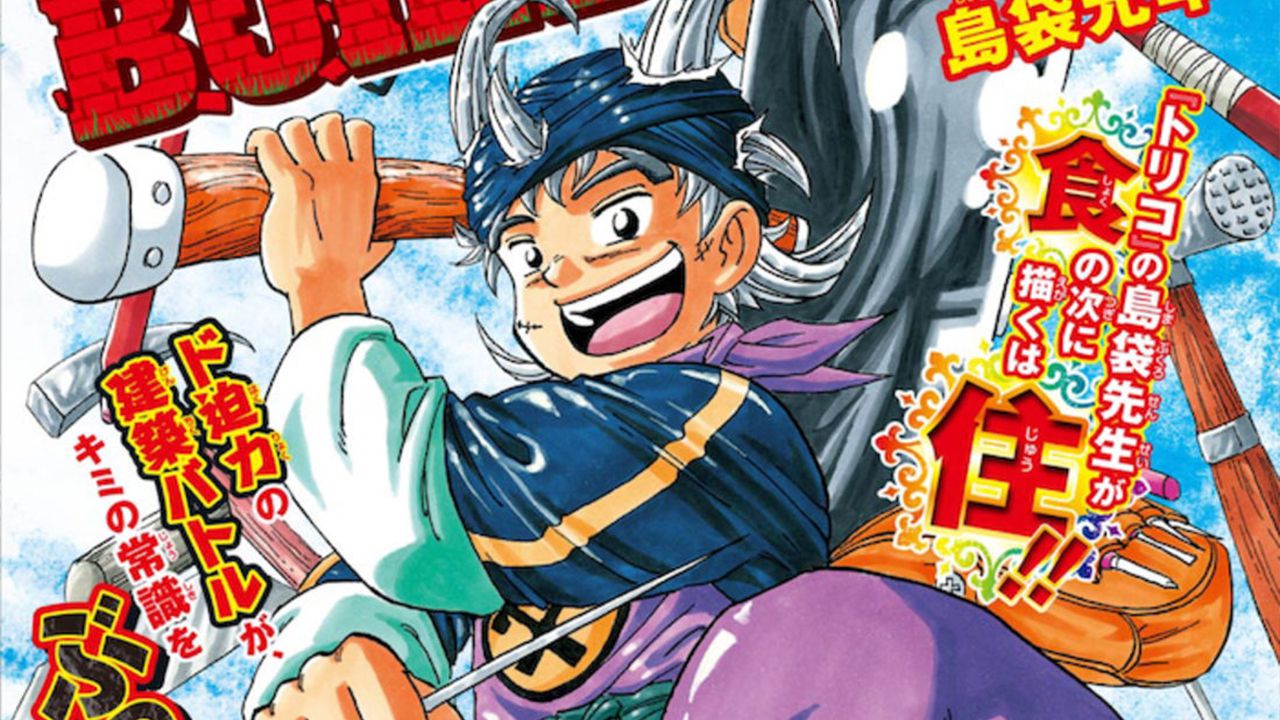 This 2020 Weekly Shonen Jump decided to fill a lot of the loopholes by recalling famous writers. He did it with Tite Kubo's Burn the Witch, but also with Kentaro Yabuki's Ayakashi Triangle, Ryuhei Tamura's Hard Boiled Cop and Dolphing, and Ryou Ishiyamas Kokosei Kazoku: High School Family. But that is not all Build King is about to debut.

Starting this week, two new manga will debut on Weekly Shonen Jump and consequently on MangaPlus in English and Spanish. The first of these is Build King, Manga by Mitsutoshi Shimabukuro. Four years after graduating from Toriko, the well-known mangaka decided to put a story together based on the 2018 Build King Oneshot.

But things have changed a bit since that self-contained story a few years ago, as evidenced by the various previews that appeared in the magazine and posted online. The protagonist initially doubles with two main characters. Below we can see them in both black and white and color thanks to the preview.

Along with these pictures Weekly Shonen Jump also had a brief recap of Build King:: "Without a doubt, this story will impress all of our readers! Designed by Torikos Mitsutoshi Shimabukuro. Is the new series a building battle?! A mysterious door opens! Protect the peace! Build a new legend! The first of two new! Fall series !! A new building battle by Mitsutoshi Shimabukuro will debut with cover, opening color pages and 60 pages !! What are the two carpenters Tonkachi and Ren seeing ?! "

Build King will debut on MangaPlus Sunday, November 15th at 5:00 p.m. The author's return confirms how much Weekly Shonen Jump's focus is on veterans.

We have a new and pretty short serialization round next week, so we're doing a little thread to learn more about these two series! pic.twitter.com/UnjcWJkfiQ

BUILD KING should have almost no presentation. This one-shot was published by Mitsutoshi Shimabukuro on the occasion of Jump's 50th anniversary in Weekly Shonen Jump Issue # 21/22, 2018. pic.twitter.com/ubu2R5BgEi