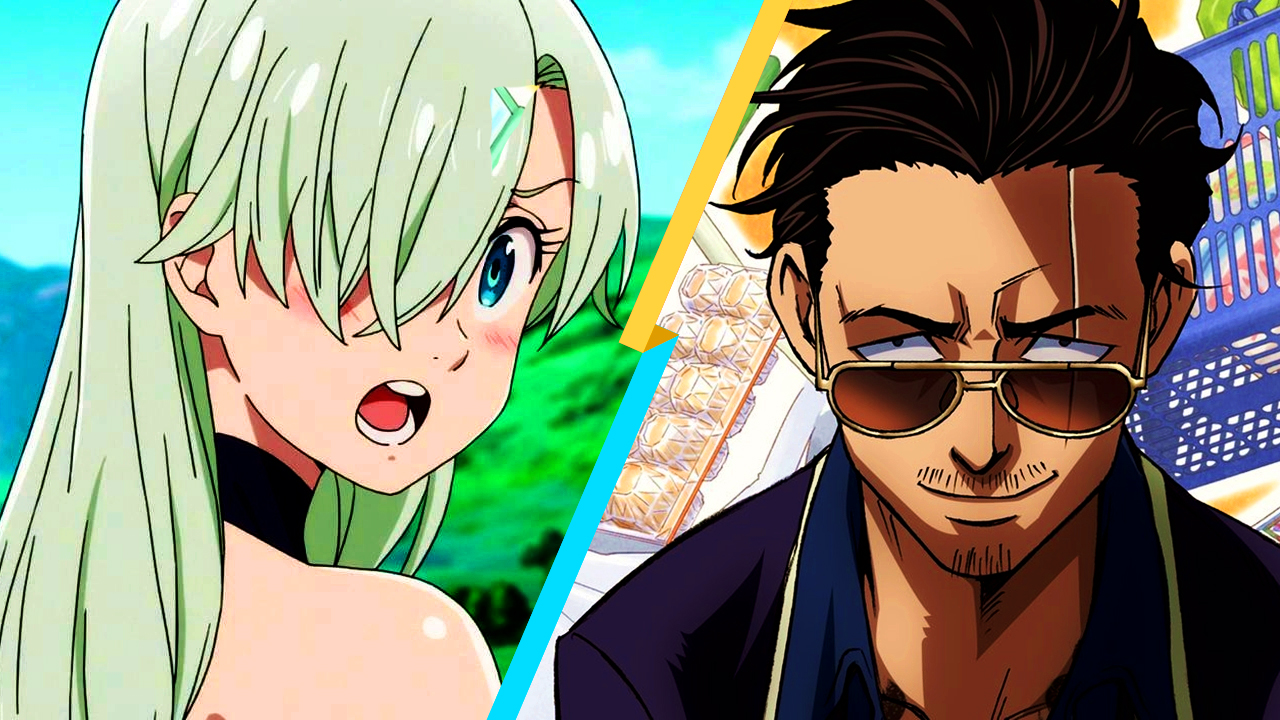 During the event "Netflix Anime Festival 2020 ~ The Future of Anime, Together ~", the platform Netflix announced the production of several anime series, both adaptations and original productions, which will premiere worldwide in 2021. Below we have listed all relevant premieres with a summary of their production.

Produced by studios TMS Entertainment in collaboration with the study Quebicowho specialize in 3D animation. The miniseries will focus on the game's protagonists Resident Evil 2, Leon Kennedy and Claire Redfield and their premiere is scheduled for 2021 worldwide.

This is the anime adaptation of the manga, written and illustrated by Keisuke Itagaki, Hanma Baki (also known as Grappler Baki - son of the ogre) and has its worldwide premiere for the year 2021. The production is carried out by the studios TMS Entertainment and this story is the third arc of the manga, which tells the last meeting between Baki and his father Yujiro.

Nanatsu no Taizai: Fundo no Shinpan

The final season of the animated manga adaptation of Nakaba Suzuki, Nanatsu no Taizaiis produced by Studio deen in collaboration with studios Marvy Jack. The world premiere is planned for 2021.

A new original anime called Pacific Rim: The Black The world premiere is planned for 2021. The production is carried out by the studios Polygon images (FAULT!, Godzilla: Kaijuu Wakusei), With Craig Kyle Y. Greg Johnson as a showrunner since Legendary entertainment.

B: The beginning succession

A sequel to the studios' original anime Production IG, B: The beginning, with the general direction of the project responsible for Kazuto Nakazawa and with Itsuro kawasaki responsible for directing the anime. The world premiere is planned for 2021.

An original anime that was produced by the studios bone In collaboration with Studio orange and whose world premiere will take place in April 2021. The story will follow young geniuses Mei Kamino, a young researcher, and Yun Arikawa, a young engineer, who, accompanied by their colleagues, face an unprecedented threat.

Animated adaptation of the manga written and illustrated by Kousuke oono, GokushufudouThe story tells the new life of Tatsu, a notorious and feared yakuza leader nicknamed "The Immortal Dragon" who retires from the crime syndicate and becomes a master of home to help his wife, Miku.

This is an animated adaptation of the manga by Tsuina miura and illustrated by Takahiro oba, Tenkuu ShinpanThe world premiere is planned for February 2021. The production is carried out by the studios Zero-G Headed by Masahiro Takada.

This includes any OVAs based on the spin-off manga written and illustrated by Hirohiko araki, Kishibe Rohan wa Ugokanai, which will be published worldwide on the platform in spring 2021. So far the studies are available David production You were responsible for the production of all projects.

The anime adaptation of the manga by Hiroshi takashige and illustrated by Ryouji Minagawa, SprigganThe global premiere is planned for 2021. The production is carried out by the studios David production Headed by Hiroshi Kobayashi (Shingeki no Bahamut Genesis, Kill la kill).

Vampire in the garden

An original production, the animation of which is provided by Wit studioand whose world premiere is planned for 2021. The story is described as: "Once vampires and humans lived in harmony. Now a young woman and a vampire queen will search this paradise again".

An original anime that was produced by the studios MAPPA Headed by LeSean Thomas and a musical composition by Flying lotus. The world premiere is planned for 2021. The story goes as follows: "A village in peril, a mysterious boy, a daimyo at war and the greatest ronin ever - all will be in a Japan of magic and mecha. Learn about the history of the first African samurai when Yasuke arrives next year".

My Hero Academia: Dabi’s true identity is revealed in a terrifying cosplay