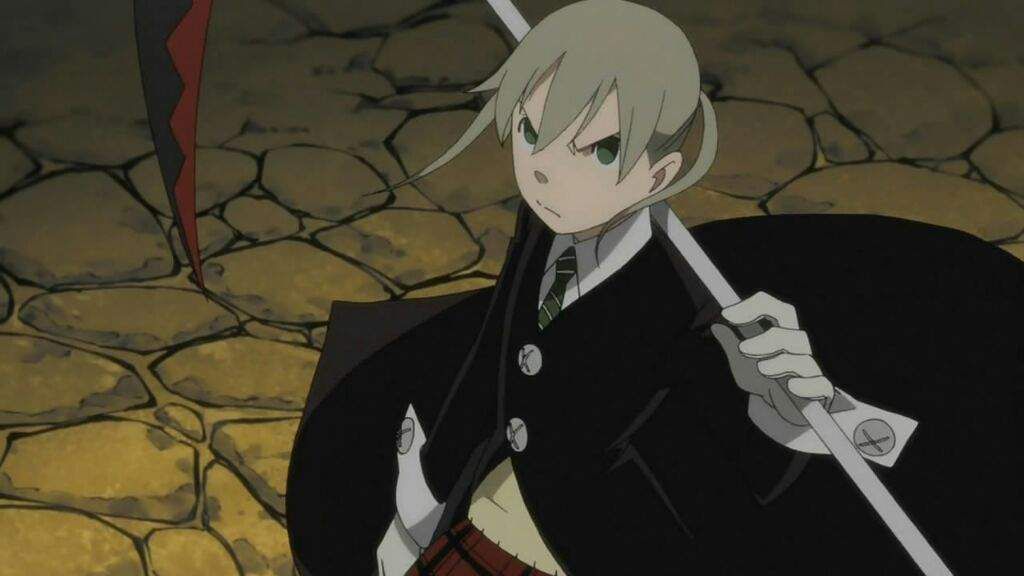 Before the success of Fire Force, Atsushi Ohkubo was known for the manga Soul eater. Let's get to know the protagonist and her skills.

Maka Albarn She is surely one of the best students of Shibusen, the school of weapons and masters (or masters of weapons) of the great Shinigami, both thanks to her commitment and some innate peculiarities that she learns to exploit during the series.

Chief among these skills is the ability to fly. In fact, the girl has a certain kind of soul, called Grigori, only present in one person in fifty million. Thanks to this, it is possible to learn techniques that will allow the owner to fly, especially the protagonist, and bring his soul into resonance with that of the partner. soulcan give wings to the weapon, but this only happens when the partner has become strong enough to channel the necessary energy.

Maka can do this use black blood. This special liquid is introduced into the series with the appearance of Crona, Lord, whose weapon is blood itself and who is not only a partner to him, but can also manipulate and solidify it by taking various forms such as needles or blades. After fighting the new character Soul gets injured and contaminated with black liquid later discover that it can be shared with the partner through the resonance of the soul. Thanks to the black blood, the two protagonists can significantly increase their strength a to the detriment of mental healthIn fact, it drives its user crazy and without fear.

Only the specific wavelength of Maka's soul can counteract the negative effects of black blood, even if only minimally. The girl indeed has the so-called anti-demon wavelength useful in order not to fall prey to insanity, both in the event of resonating with users of the above blood and because of the strong wavelength emitted by the Kishin after its resurrection. The master can then take advantage of this ability by resonating with the soul to get it to take over new form called witch huntor by resonating with the companions through the sound of the boy's piano.

Our protagonist can see souls. Maka in particular, thanks to the perception of the soul, has the ability and she can chase the opponents who surround her as well become aware of traits and potential skills of the same. By entering into a resonance with her partner, the weapon master succeeds in increasing the power of this technique and in locating the hiding place of the Kishin.

Finally, in the animated series, it is shown that Maka it can turn into a weapon. In fact, the protagonist is the daughter of a death scythe and during the fight with Ashura Her father's genes are dormant in her awakening. Thanks to this new skill, the girl will be able to continue fighting alone, which is not entirely unexpected, since in the past it was possible to see weapons that demonstrate their powers even without a partner, as in the case of Justin Law.

What do you think of Maka Albarn? What about Atsushi Ohkubo's manga? I also remind you that a new deluxe edition of Soul Eater is coming out in the country.

Dragon Ball Super: Chapter 66 in Color, a taste of the clash between Goku and Molo