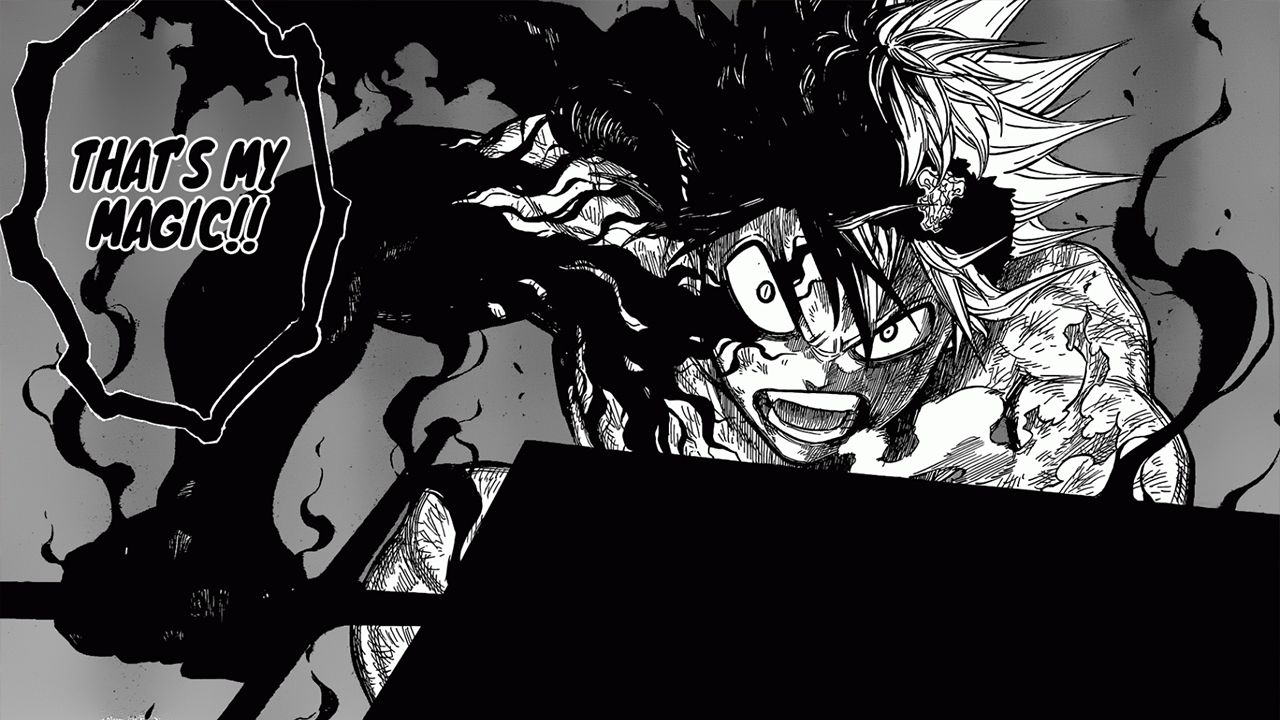 Black clover continues its weekly release on Weekly Shonen Jump. This week, too, the mangaka Yuki Tabata focused on the protagonist Asta and continued the new phase of the story that began in the previous chapter. And now the training is not easy for Asta to complete.

The devil in Asta's body took on a material form thanks to it dark ritual activated by night. We've already seen a few previews of Black Clover 267's spoilers, but the arrival of the official chapter on MangaPlus has answered a few questions that kept readers busy.

The fight between Asta and the devil begins while the protagonist incomprehensibly thanks the opponent and also says that he does not want to fight him. In response, the devil pulls the anti-magic sword from the library and throws Asta away with a few shots. The boy will inevitably win because, as Nacht reveals, those who die will give their bodies to the other. The whereabouts they are in is the demonstration of what happens to those who fail the ritual.

Asta's training began with a forbidden ritual, but there was no other way to strengthen the protagonist in a short period of time. Meanwhile, the devil continues his attacks, but slowly gives in to Asta: the white-haired boy actually sees the devil as a good person who is different from the others. The dark being then seems to be impressed by these words and is reminiscent of those of another figure, a woman, from a long time ago. Black Clover 268 will arrive on MangaPlus on Friday October 16.