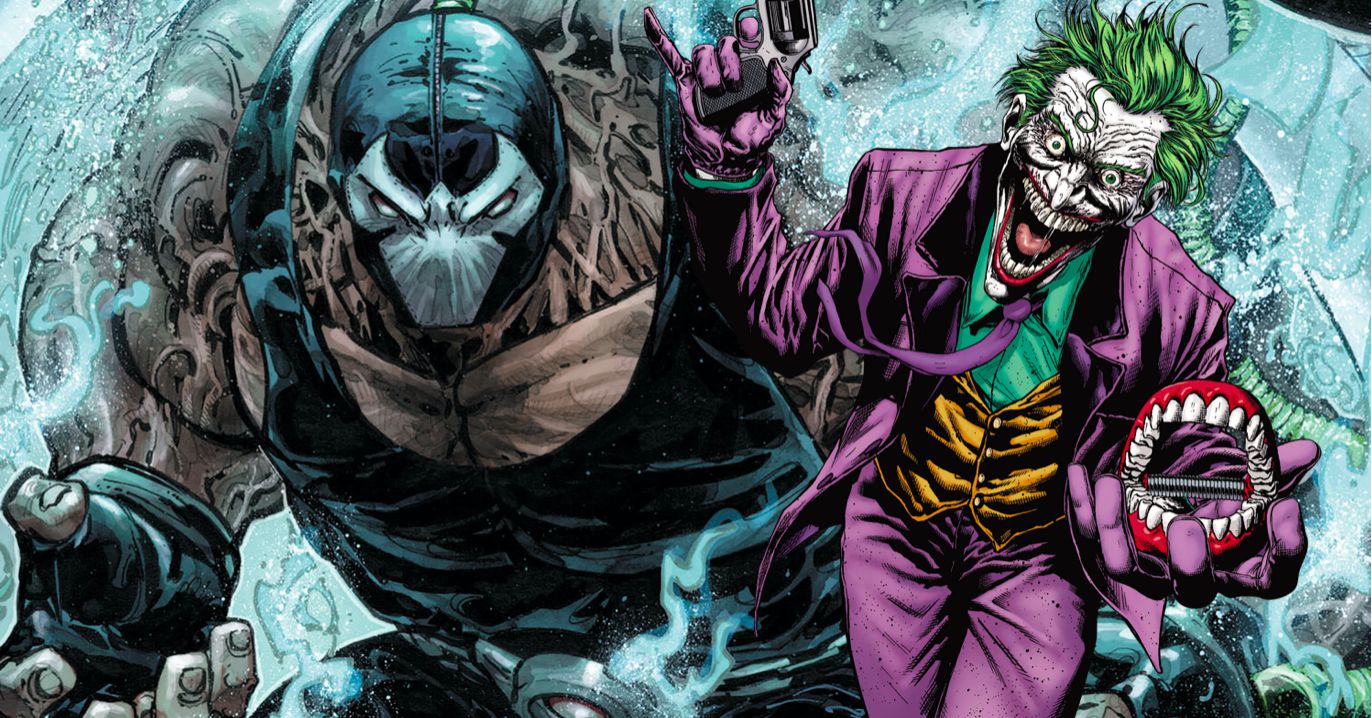 Batman: The Joker War Zone One Shot sets the stage for a clash between Joker and Bane

Gotham City was completely destroyed, destroyed and corrupted by the Joker War, an event that severely affected the lives of many characters in the universe Dc comics including Bruce Wayne of course. It's impossible to imagine how much this event will affect future Batman stories, but it looks like Bane will have to fight the Joker.

The anthological and unique volume dedicated to the Joker War, The Joker war zone, opens with the story "A crazy home", signed by the duo James Tynion IV and Guillem March. We discover that during the main accident of the Caped Crusader, The Joker went to Arkham Asylum to speak to Bane, locked up and tied to a machine that constantly removes the poison that enables the villain to have superhuman powers.

After a provocative monologue joker takes a gun and says it could easily kill him and be at peace with yourself, but it would be too brutal and disrespectful. After threatening the prisoner, the clown Prince of Crime claims he was disappointed with his actions, which allowed Batman to regain an advantage, after the confusion that changed the city.

"You will pay for what you did. I'll take care of it. You won't know when. You won't know how. But it will happen." These are the words the wild card uses on the great page below to anticipate an extremely important conflict. The story will continue in a generic 2021as stated at the end of the tape, and we may also see some involvement from Batman himself.

Remember that Gotham City is about to lose another superhero and that Batman Band 99 showed the return of a character.

EDENS ZERO: Volume 7 comes to the comic book store in November with a little surprise